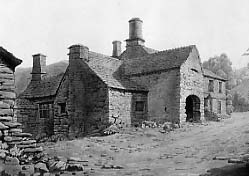 The Kelsick Educational Foundation is based on the will of John Kelsick, who died at the age of 24 in 1723 leaving a substantial estate, despite his relative youth. John Kelsick’s name first appears in Ambleside Parish registers in 1699 when he was baptised. He was the son of George Kelsick, a provision merchant and cooper in business in Church Street, next to the Royal Oak Hotel.

John’s early wealth was an accumulation of parcels of land forming part of the ‘Richmond fee in the Manor of Ambleside’. This land holding seems to have been quite significant and was acquired during the seventeenth century principally, we believe, by John’s grandfather. The land was left to John’s father George, who died without making a will, and thus it was that young John inherited the entire estate. However, John was in poor health and made a will a few weeks before his death in 1723, leaving the bulk of his property to three Trustees, John Mackereth, George Cumpstone and Thomas Knott, with an instruction to obtain land close to the Chapel (St Anne’s on Kirkstone Road) on which should be built a free school for boys. They were also to provide for the payment of a school master’s salary.

The free school was subsequently built in 1725 on a piece of land known as ‘The Parracke’, opposite St Anne’s. It appears that the rental income produced from the land left by John Kelsick was sufficient to fund the running of the school for the next 150 years or so, and the Kelsick also granted some early 99-year leases on several parcels of land for new buildings as the village of Ambleside expanded after 1850.

The demand for education grew in the second half of the nineteenth century so there was pressure for a larger school to be built, for the benefit of girls as well as boys. Once again, Kelsick’s land provided the money and assets were raised by further granting of long leases for development.

A new free school was built close to the new St Mary’s Church and the original school was converted into cottages. This was followed by the building of a girls’ school just across the road, known latterly as the Old Junior School, and now converted into a cinema. By the beginning of the 20th century the Kelsick’s School Foundation had disposed of much of the original ‘Richmond fee’ lands on 99-year leases, resulting in a considerable income from ground rents.

This enabled the Foundation to fund the building of the Kelsick Co-educational Grammar School at Stock Ghyll, opened in 1907. The rising costs of education led the Governors to decide that it should be free only to those children who could pass a selection examination.

The Kelsick School Foundation Governors were effectively the Governors of the Grammar School since there was little other business in relation to the Foundation, because the bulk of its assets were held on long leases and all income devoted to the local schools. Some freehold reversions were taking place however, the first being in 1959. This, ironically, was the building in Church Street from which John Kelsick’s family had operated their provision merchants’ business some 250 years before.

Kelsick Grammar School closed in 1965 with the advent of comprehensive education and the opening of the Lakes School at Troutbeck Bridge and the most significant sale was that of the Kelsick Grammar School building, bought by Charlotte Mason College in 1966. The proceeds from further disposal of properties continued throughout the 1960s, creating an investment income never available to the Foundation before.

As a result of the changes, a new scheme under the name of Kelsick’s Educational Foundation was approved by the Charity Commissioners in 1967. In addition to continuing to support the local schools, this enabled the Trustees, for the first time, to give grant aid to support a much broader range of educational pursuits for young people in Ambleside and its surrounding area.

The Foundation still retains significant property holdings in Ambleside amounting to about 40 buildings including the Kelsick Centre, the Conservative Club, and the cinema building known formerly as the old Junior School, together with shops, other business buildings and residential properties. The income from these, combined with the Kelsick’s financial investments, allows the Foundation’s Trustees to continue their work in giving grants to support the education of children and young people in the area, according to John Kelsick’s wishes as set out in his will nearly 300 years ago.